Miami is a city marked by human passage. It’s no coincidence
that Julia Tuttle, a widow from Cleveland, Ohio,
is considered the mother of this town. The land that her
father bought next to Biscayne Bay fascinated this lady,
and in the winter of 1891 she decided to bring a train to
her home; with aims of developing a city in the skirts of a
river that during thousand of years served as the pool for
the Tequesta Indians.
The Spanish, in XVI, eliminated a great part of these Indians
while being battered during 200 years by the English
and French, until 1763 when Spain gave Florida to the
United Kingdom in exchange for Cuba. This change didn’t
last long because the Spanish returned to charge 20 years
later, and settled here until 1821 when General Andrew
Jackson, -the one featured in the $5 bill-, took control of
the territory on behalf of the United States. 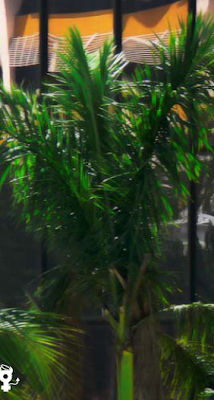 In 1959, Cubans, motivated by Castro, began stretching
the link between their island and the peninsula. Since
then, people have not ceased to arrive to this paradise
-which in some instances, is hell with air conditioning. Miami
is a city of immigrants with the advantage, according
to the more cynic, of being close to the U.S.
Of the two and a half million inhabitants, only 26% can claim to be ‘born and raised’
here. It’s easier to find an immigrant than an ATM. This makes the city, deliciously
diverse and terribly scattered. If someone declares to know the city, it’s probably a
lie or a politician in campaign (he’s lying).
The identity of Miami has been materialized on the screen with Miami Vice, on
the radio with Gloria Estefan and in sports with the Heat and the Marlins. Nothing
defines Miami as a whole, except maybe FPL (Florida Power and Light), whose
uncovered cables are to be blamed for our constant darkness with the arrival of
each hurricane. Without electric power we are all similar, however, some have larger
generator than others.
Miami is a city where people find their place in the world for a few years. Since it’s
NOT New York, here, everyone has a project in order to make the big leap into taking
advantage of everything still needed to be done. It’s not a requirement to live for
ten years in the city to call yourself a Miamian, -the will to hit the streets as if you
owned them and jump into the adventure is enough.
That is one great thing about this city, it’s an exhilarating experience of adaptation,
or something we can’t quite describe, but that keeps us alive, with the need to connect
to the energy left by all who have stepped through this land.
That’s why it’s essential to charge the streets with good vibrations, so that future
tenants can find common grounds and a space where they can evolve and create.
Posted by Alfonso Corona at 7/30/2010